India’s performance at the Olympic games has seen steady improvement and with this has mushroomed the most inspiring human stories. With most of the athletes coming from humble backgrounds, these athletes have become a symbol of hard work, will power, commitment to win and never say die attitude!

Interestingly, the female athletes have been doing wonders for India across sports like boxing, wrestling, badminton and now most recently on golf, gymnastics and shooting. This further makes this pool of speakers a great case of diversity and inclusion for the corporate world which is still catching up on gender equality related issues at work.

Bollywood has been a great contributor apart from mainstream media in bringing the human stories of these athletes to masses. Movies like Milkha, Mari Kom and Dangal are great examples of how the audiences look forward to such stories of celebrating the journey of our heroes and heroines who hail from not so blessed backgrounds and yet they get the podium finishes at the world-stage.

Here is our top 10 pick of Indian Olympics motivational speakers who can be the most inspiring story tellers that you ever hired for your events. 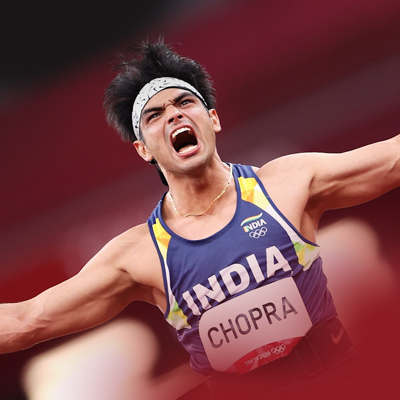 Neeraj Chopra is an Indian olympic Gold Medalist in javelin throw. A Junior Commissioned Officer in the Indian Army, Neraj Chopra comes from a very humble background from Haryana. He is the first ever track and field athlete to win a gold medal for India at the Olympics. He is also the first track and field athlete from India to win at the IAAF World U20 Championships, where in 2016 he achieved a world under-20 record throw of 86.48 m, becoming the first Indian athlete to set a world record. 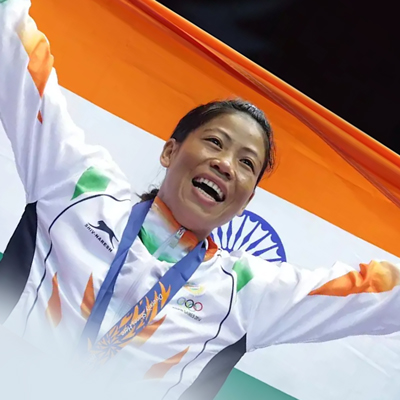 An Olympic boxer, is a five-time World Amateur Boxing champion and the only woman boxer to have won a medal in each one of the six world championships and the only Indian woman boxer to have qualified for the 2012 Summer Olympics, winning the bronze medal. She has been ranked as No. 4 AIBA World Women’s Ranking Flyweight category. She became the first Indian woman boxer to get a Gold Medal at the Asian Games in 2014, South Korea. In 2016, she was nominated by the President of India as a member of the Rajya Sabha and in 2017 the ‘Ministry of Youth Affairs & Sports’ appointed her, along with Akhil Kumar, as the national observer for boxing. She has been honored with the Padma Bhushan in 2013, Arjuna Award in 2003 and Padma Shri in 2006. 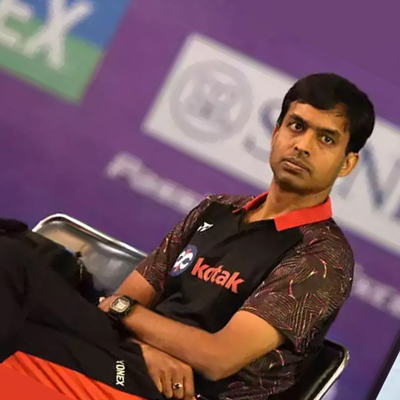 Pullela Gopichand, an ace badminton player and the Chief National Coach for the Indian Badminton team, is the force behind P.V Sindhu and Saina Nehwal, both ace shuttlers. P.V. Sindhu is currently retaining the 5th spot in global badminton rankings. His journey from being a badminton champion to a celebrated coach is truly awe-inspiring. He won the All England Open Badminton Championship in 2001, becoming the second Indian to achieve this feat. He received the Arjuna Award in 1999, the Rajiv Gandhi Khel Ratna Award in 2001, the Padma Shri in 2005, the Dronacharya Award in 2009 and the Padma Bhushan – India’s third highest civilian award – in 2014. 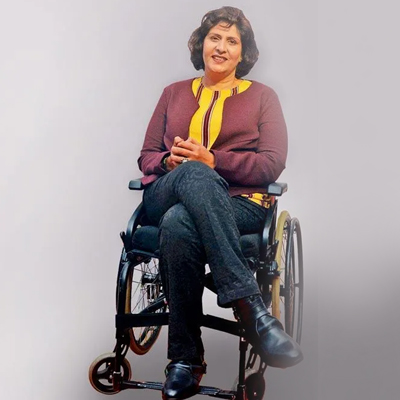 Deepa Malik, a wife, mother, biker, swimmer, motivational speaker & silver medalist in the shot put at the 2016 Paralympic Games, is truly an inspiration for many. She was a member of the working group in the formulation of the 12th five-year plan (2012-2017) on Sports & Physical Education, as nominated by the Planning Commission of the Sports Ministry. 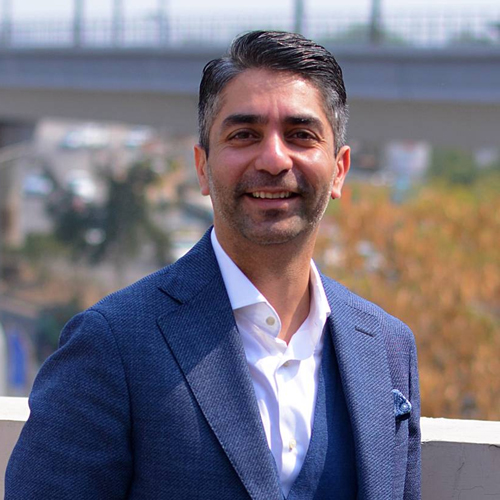 Abhinav Bindra, a World & Olympian champion shooter, came to light when he won a Bronze in the 2001 Munich World Cup with a new junior world record score of 597/600. He was also the youngest Indian participant at the 2000 Olympic Games. He is the first & only Indian to have held both the World & Olympic titles at the same time, a feat he accomplished by capturing the Gold Medal at the 2008 Olympic Games in Beijing and the gold at the 2006 ISSF World Shooting Championship. He also won the Gold Medal at the 2014 Commonwealth Games in Glasgow. He was appointed as the ‘Goodwill Ambassador’ for Rio 2016 Olympic Games Indian Contingent, where he finished 4th in the finals of 10m Air Rifle Event. He has been conferred with the Arjuna Award in 2000, Rajiv Gandhi Khel Ratna Award in 2001 and the Padma Bhushan Award in 2009. In 2011 he was honored as an Honorary Lieutenant Colonel by the Indian Territorial Army. 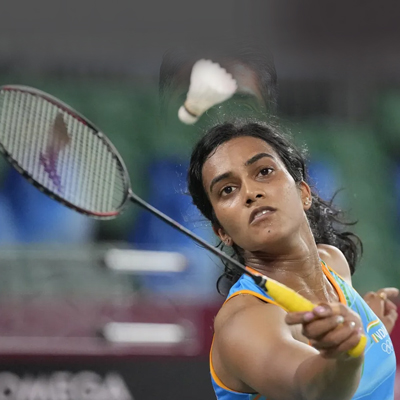 P.V Sindhu, ‘World no 4 in the BWF World Ranking’ (2017), is applauded for her performance in Badminton on international courts. Being the first Indian woman to win an Olympic Silver Medal’ (2016), she is the first Indian shuttler to reach the finals of an Olympics badminton event and the youngest Indian to make a podium finish in an individual Olympic event She is one of the only two Indian badminton players to ever win an Olympic medal – the other being Saina Nehwal. She is the only player to win 2 consecutive medals at Olympics. She is the recipient of the Padma Shri award, which is extremely commendable at her age. She is a role model to all young Indians for her strive to glory & winner attitude. 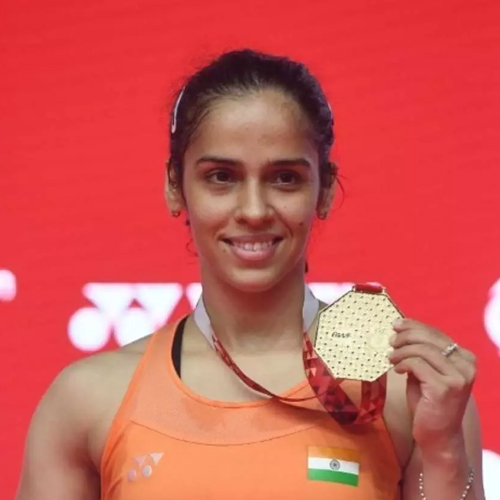 Saina Nehwal, the World leading badminton player, is the only female player from India & overall the second Indian player to achieve this position. She has brought home an Olympic bronze & won over twenty international titles, which include ten Super Series titles! She is the first Indian badminton player to have won an Olympic medal, along with being the only Indian to have won the BWF World Junior Championships or to have reached to the final of the BWF World Championships. 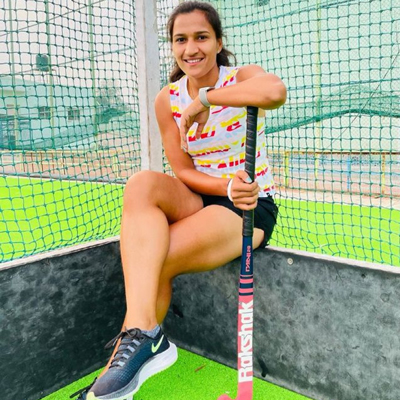 Rani Rampal is an Indian field hockey player who also led the Olympics team. By mid-2021, Rani had played 212 international matches and scored 134 goals. Rani Rampal is also well known as a striker who often doubles up as a midfielder. Coming from a very humble background with her father being a cart-puller, Rani comes from the state of Haryana. 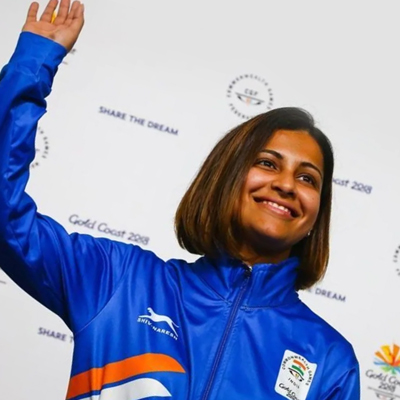 A sport shooter, became the first Indian pistol shooter to reach number one in world rankings by the International Shooting Sport Federation. In 2013, she became the first Indian pistol shooter to win a gold medal at the ISSF World Cup finals and in 2014, she was the World record holder in the 10 meter air pistol event with a final score of 203.8. She was also a member of the Indian team at the 2012 Summer Olympics in London. In 2014, she was conferred with the Arjuna Award by the Government of India. 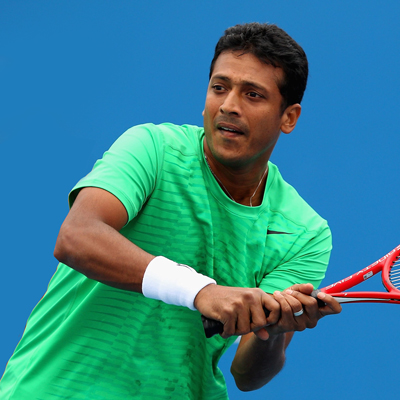 Mahesh Bhupathi, an internationally acclaimed tennis player, became the first Indian to win a Grand Slam tournament in 1997. With his win at the Australian Open mixed doubles in 2006, he joined the elite group of eight tennis players who have achieved a career Grand Slam in mixed doubles. In 1999, he won three doubles titles with Leander Paes, including the French Open and Wimbledon. He and Paes became the first doubles team to reach the finals of all four Grand Slams. In April of that year, they became the world no. 1 doubles team.