Top motivational speakers to excite your sales and trade meets

Your sales teams are hard-working and ambitious but you need to continue to keep them charging up and align with the company vision periodically. Considering sales teams are driven with passion, it is important to have motivational speakers who can really get the sales team super excited at your corporate event.

So what kind of speakers cut ice with the sales teams? Here are the most successful filters that you can look for.

Speakers with whom your sales teams can really identify and also aspire to be. People who have been under dogs. People with humble backgrounds but they achieved extraordinary things. Passionate people. People who also celebrate success and share the pride in their story.

Here is our list of motivational speakers who get tremendous love from sales teams across Industries. 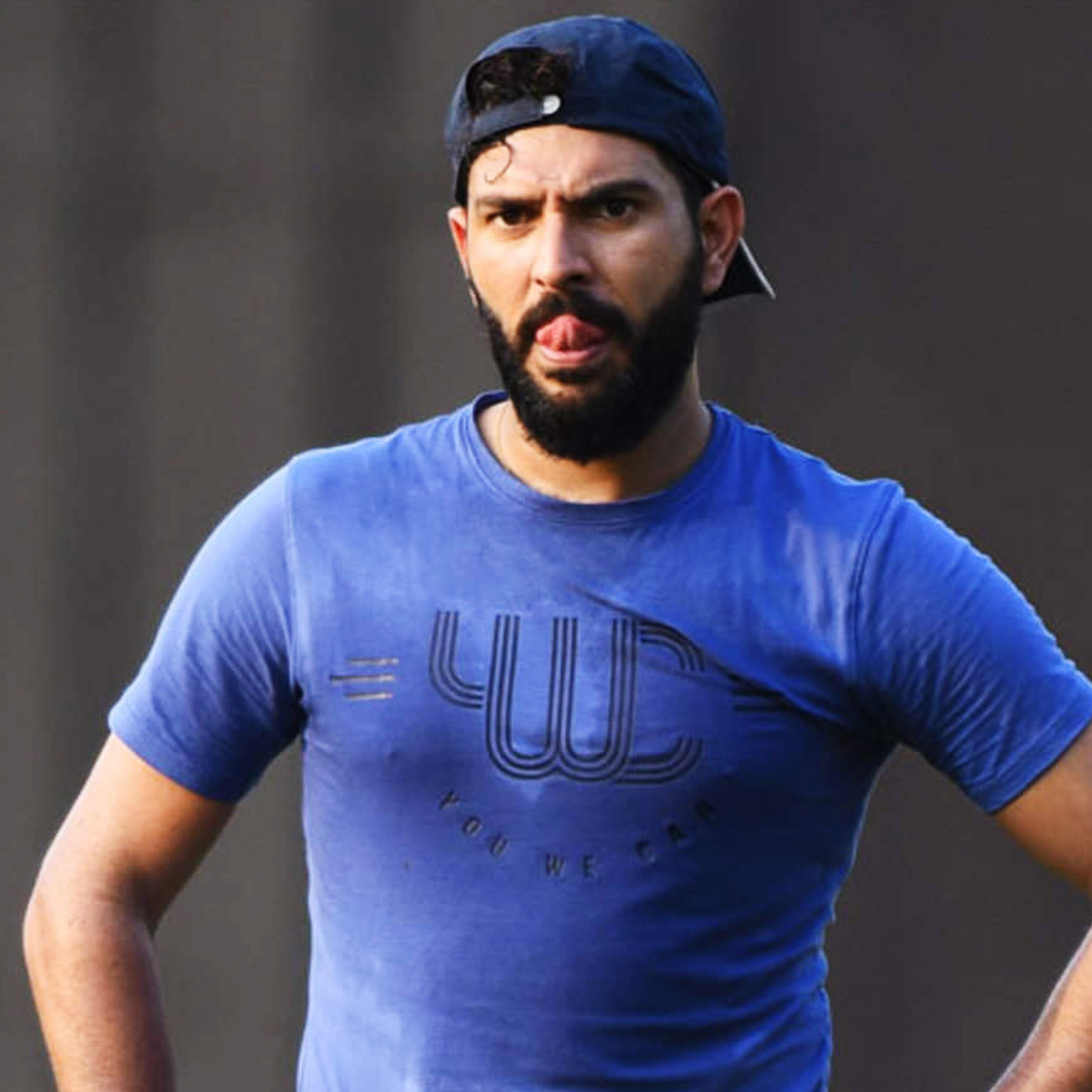 Yuvraj Singh, an all-rounder cricketer, a style icon & a true fighter, is known for bringing many victories & laurels for the country. His journey- on & off the field- is inspiring & a story of relentless perseverance. In 2011, Yuvraj was diagnosed with Cancer. After a gruelling year of treatment, he fought back and made his international comeback in a Twenty20 match against New Zealand shortly before the 2012 World Twenty20. His ‘fighter attitude’ and the zeal to conquer every hurdle in his way, makes him not just an iconic sportsman but also a great inspiration. 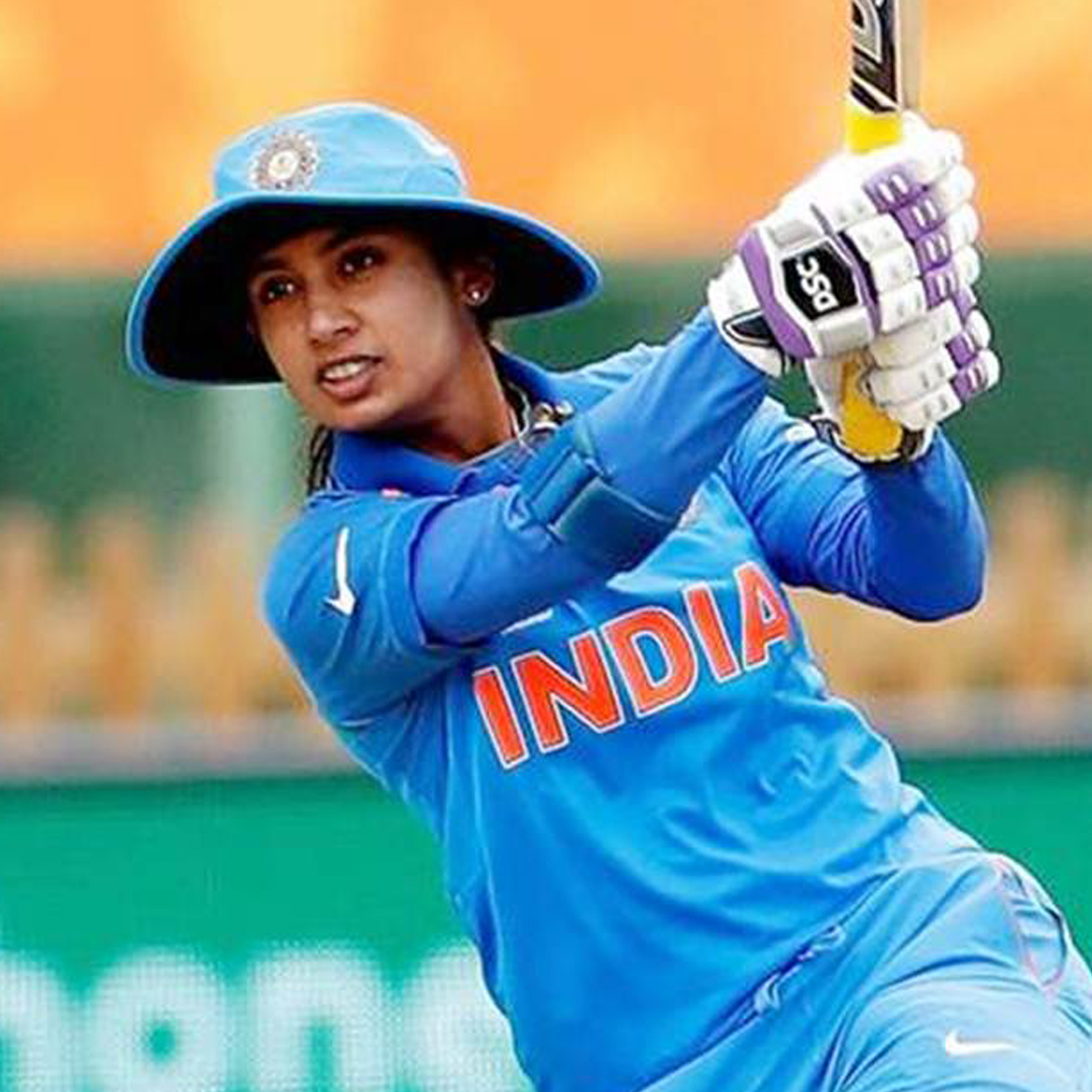 Mithali Raj, a fierce batswoman and the captain of the Indian Women’s cricket team in Tests and ODI is claimed to be one of the greatest cricketing batswomen to have ever played the game. She is the first player to score 7 consecutive 50s in ODIs and the first captain (men or women) to lead India to an ICC ODI World Cup final twice – 2005 and 2017. She is a recipient of the prestigious Arjuna award. Great dedication and a no-quitter attitude make a winner. Passion and dedication can make any match win. Inspiration to thousands of women. 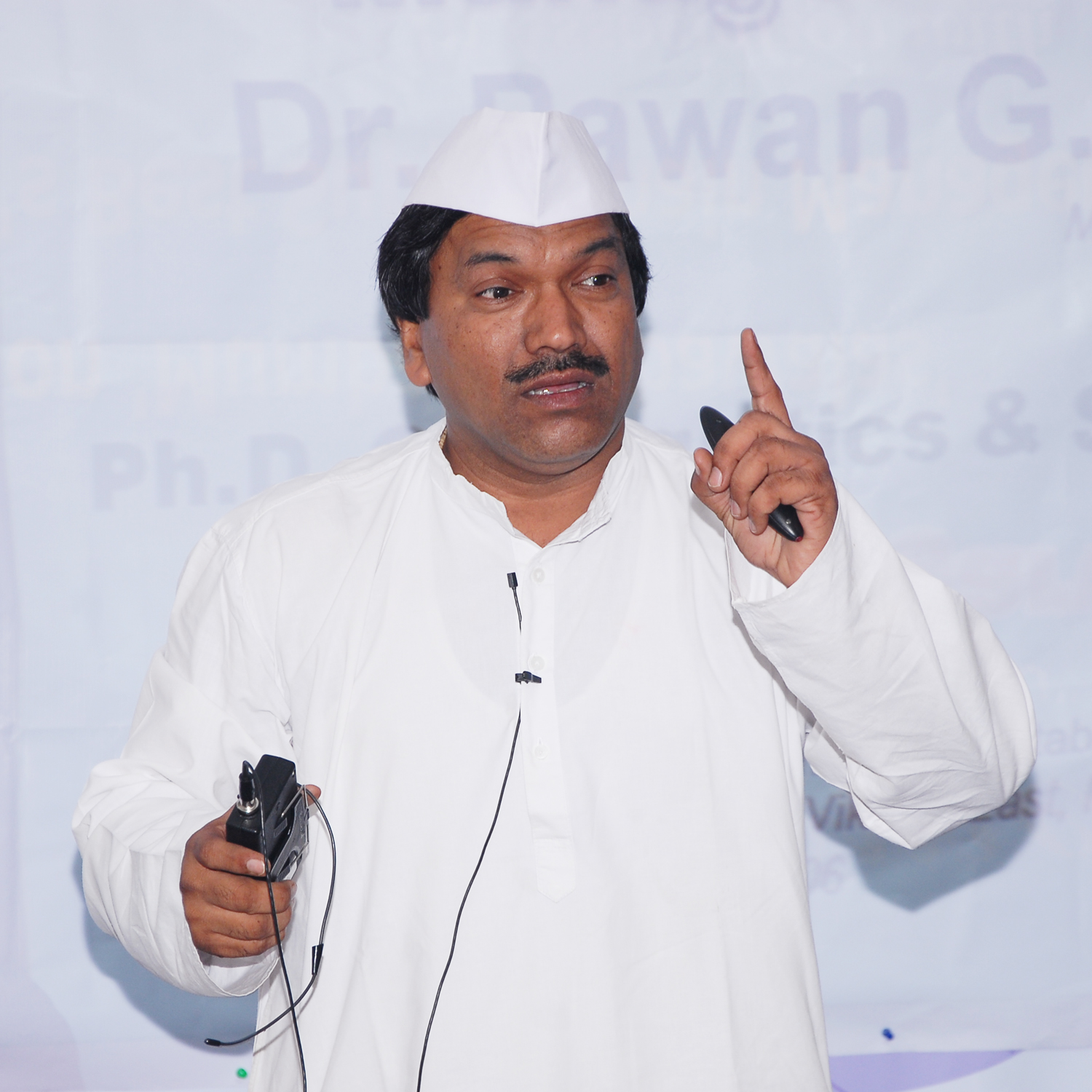 He is the authorized speaker & presenter for the exemplary Mumbai Dabbawala- a 118 years old successful organization. He is the CEO of the Mumbai Dabbawala Association, which has got much acclaim for its six sigma rate operations in delivering lunchboxes in Mumbai. He has delivered numerous sessions worldwide for the likes of TEDx, Cadbury, SAP, Volvo, Honda, HCL, HSBC, Cambridge University, Economic Times, CEO Talks and many more recognized events & corporates. 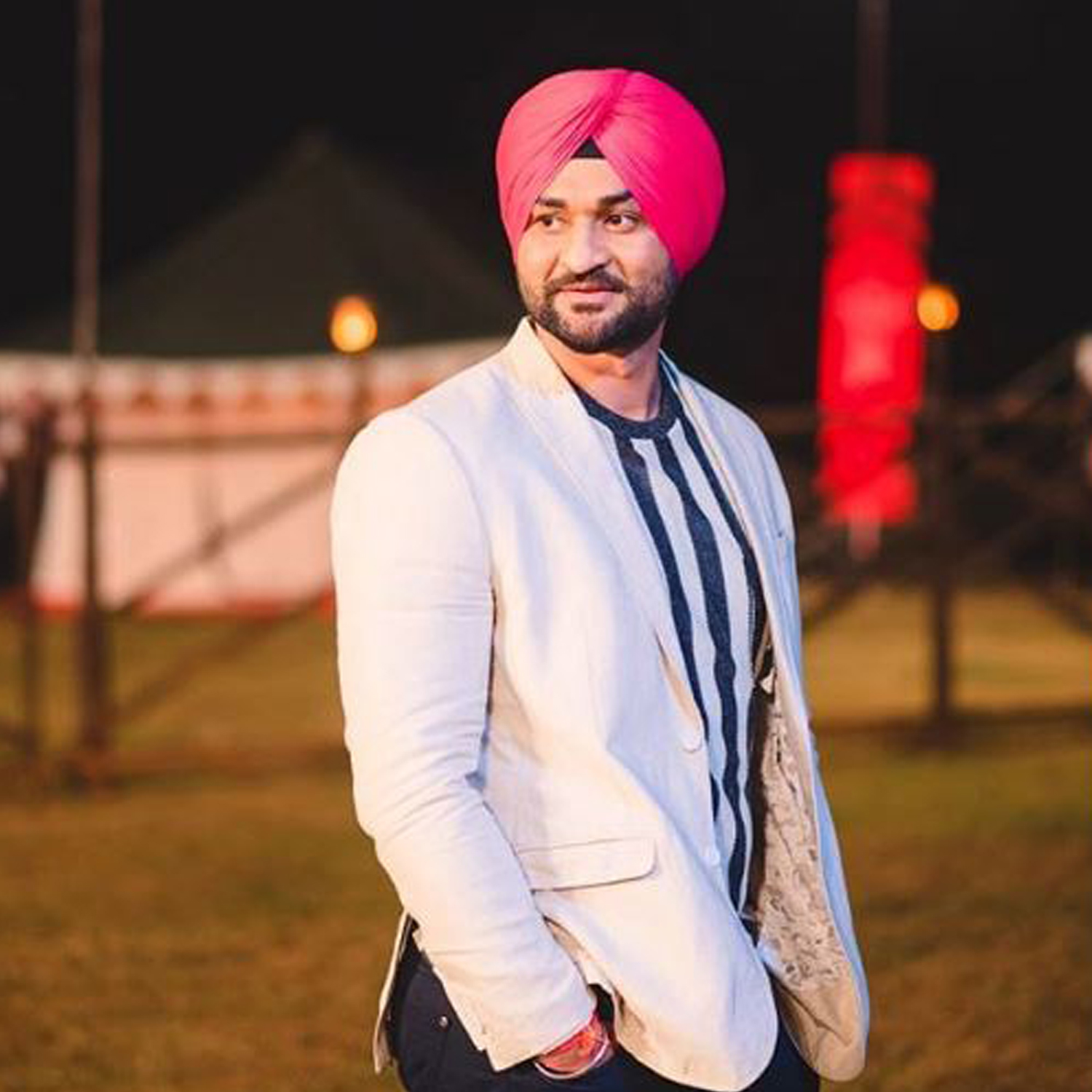 Sandeep Singh is an Indian professional field hockey player from Haryana and an ex-captain of the Indian national hockey team. He generally features as a full back and is a penalty corner specialist for the team. He has been dubbed “Flicker Singh” in the media for his specialization of the drag-flick, one of the fastest in the world. Singh was seriously injured after being hit by an accidental gunshot in the Kalka Shatabdi Express train, while on his way to join the national team. Not just did he recover from the accident with determination, he achieved the best of his career and also contributed to the Indian Hockey team to its fullest potential by winning multiple international championships. 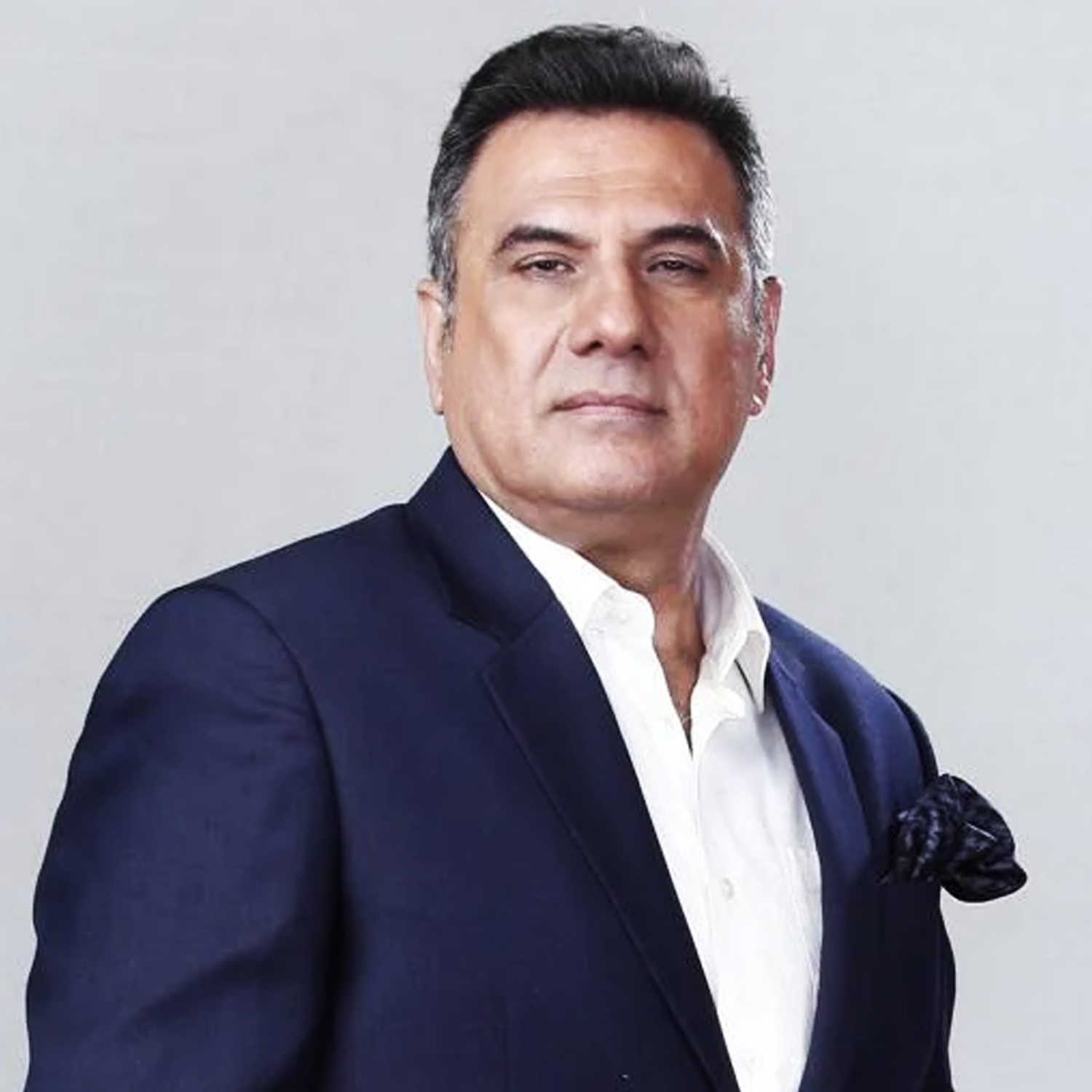 Boman Irani, a film and theatre actor, is widely known for his comedy and antagonist roles in Bollywood films. From working as a waiter and room service staff to running his ancestral bakery and finally making his mark as a photographer, Boman came a long way before becoming the established actor that he is today. Inspiring struggle journey. A true example of talent and hard work. 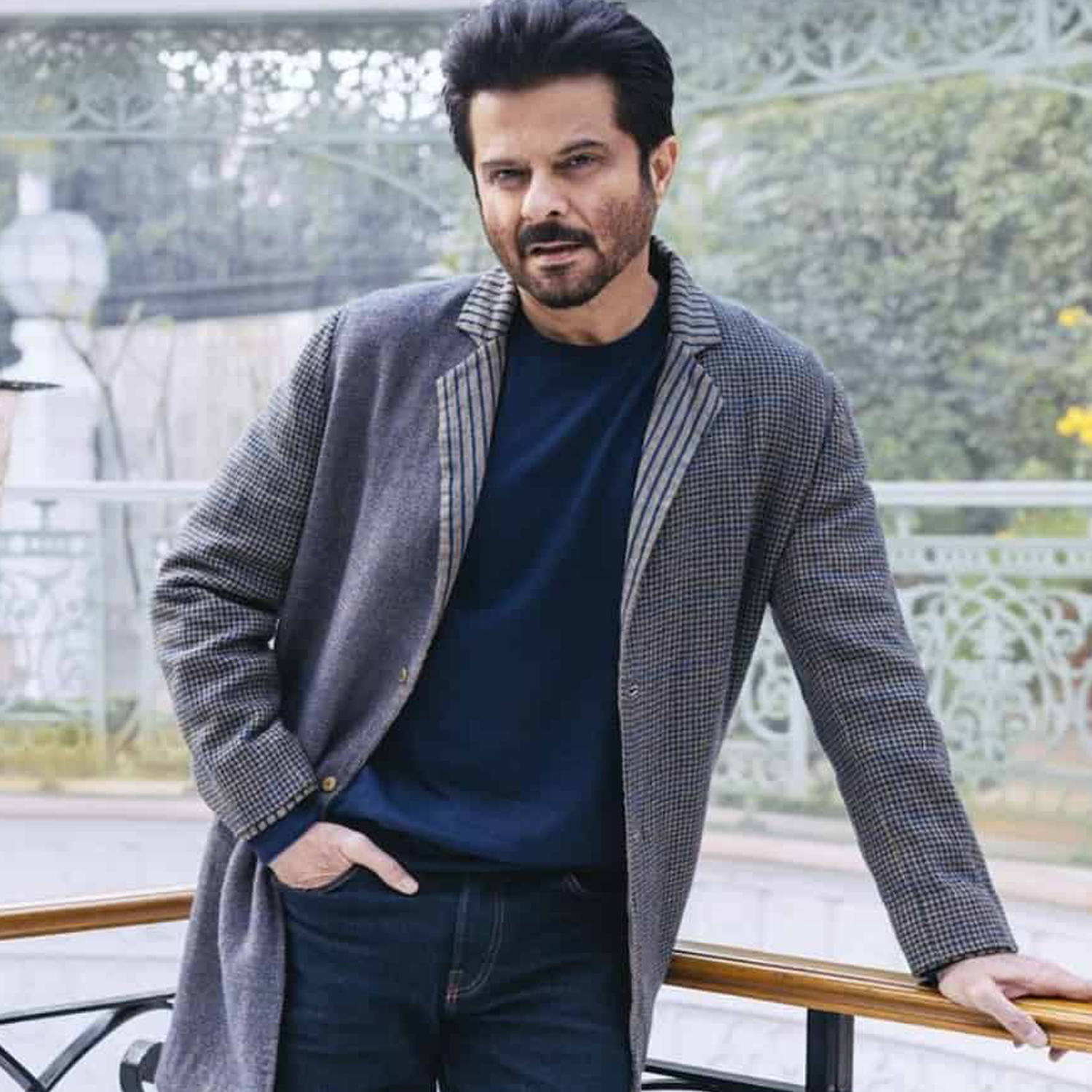 A trendsetter, an icon; over the last 40 years, Anil Kapoor has consistently delivered excellence and is globally one of the most recognized Indian actors. He received his first Filmfare Award, in the Best Supporting Actor category. He has received numerous other Filmfare and National Film Awards, for his diverse array of roles in some of the most noted Bollywood films. Age is just a number for success. The adaptability that helps to stay relevant no matter what Restless attitude makes his films unstoppable at the box office. 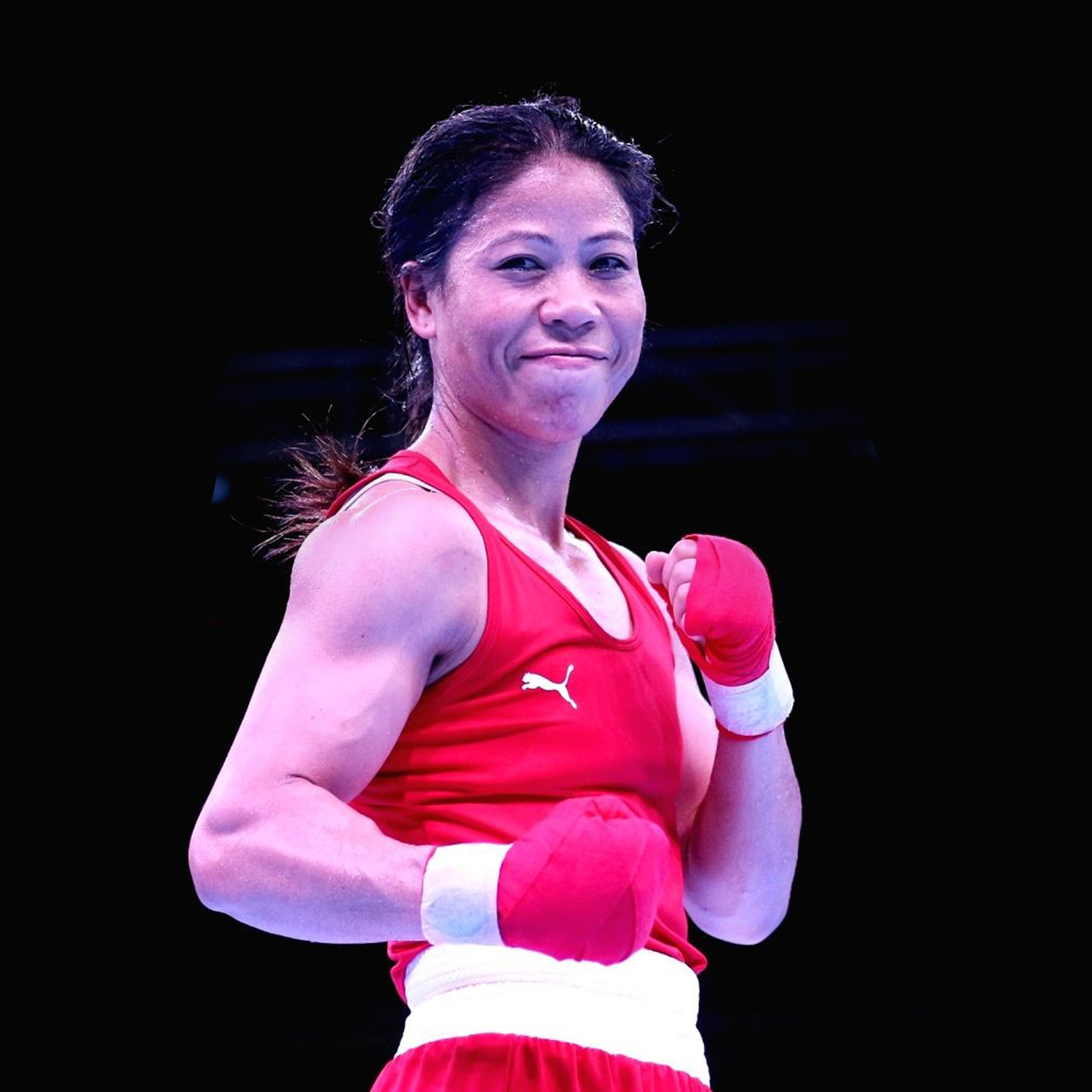 An Olympic boxer is a five-time World Amateur Boxing champion and the only woman boxer to have won a medal in each one of the six world championships and the only Indian woman boxer to have qualified for the 2012 Summer Olympics, winning the bronze medal. She has been ranked as No. 4 AIBA World Women’s Ranking Flyweight category. The aura of Mary Kom makes the audience powerful. Women can be a mother and can be a warrior at the same time. Hit all your obstacles hard to win in life. 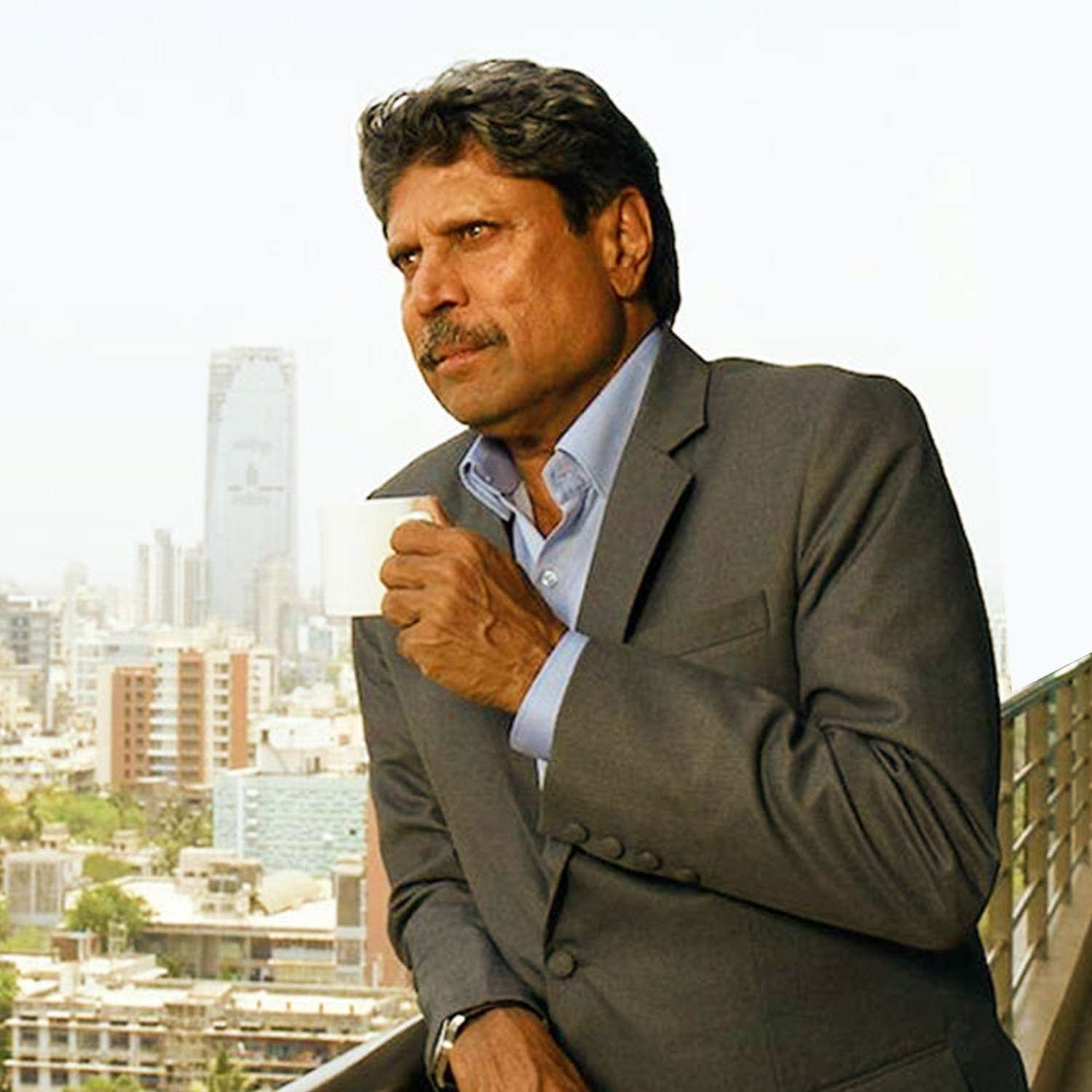 Kapil Dev is a former Indian cricketer. He was a fast-medium bowler and a hard-hitting middle-order batsman. He is honorary Lieutenant Colonel with the Indian Territorial Army. He led India to win its first Cricket World Cup title in 1983. He has also been honoured with the Arjuna Award and Padma Bhushan awards by the Indian Government. You must consider hiring Kapil Dev for messaging of passion, determination, teamwork and winning against all odds. Needless to say, your audience would be thrilled to have a selfie with him. Kapil Dev commands great respect amongst audiences and has great storytelling skills to enthral your audiences. 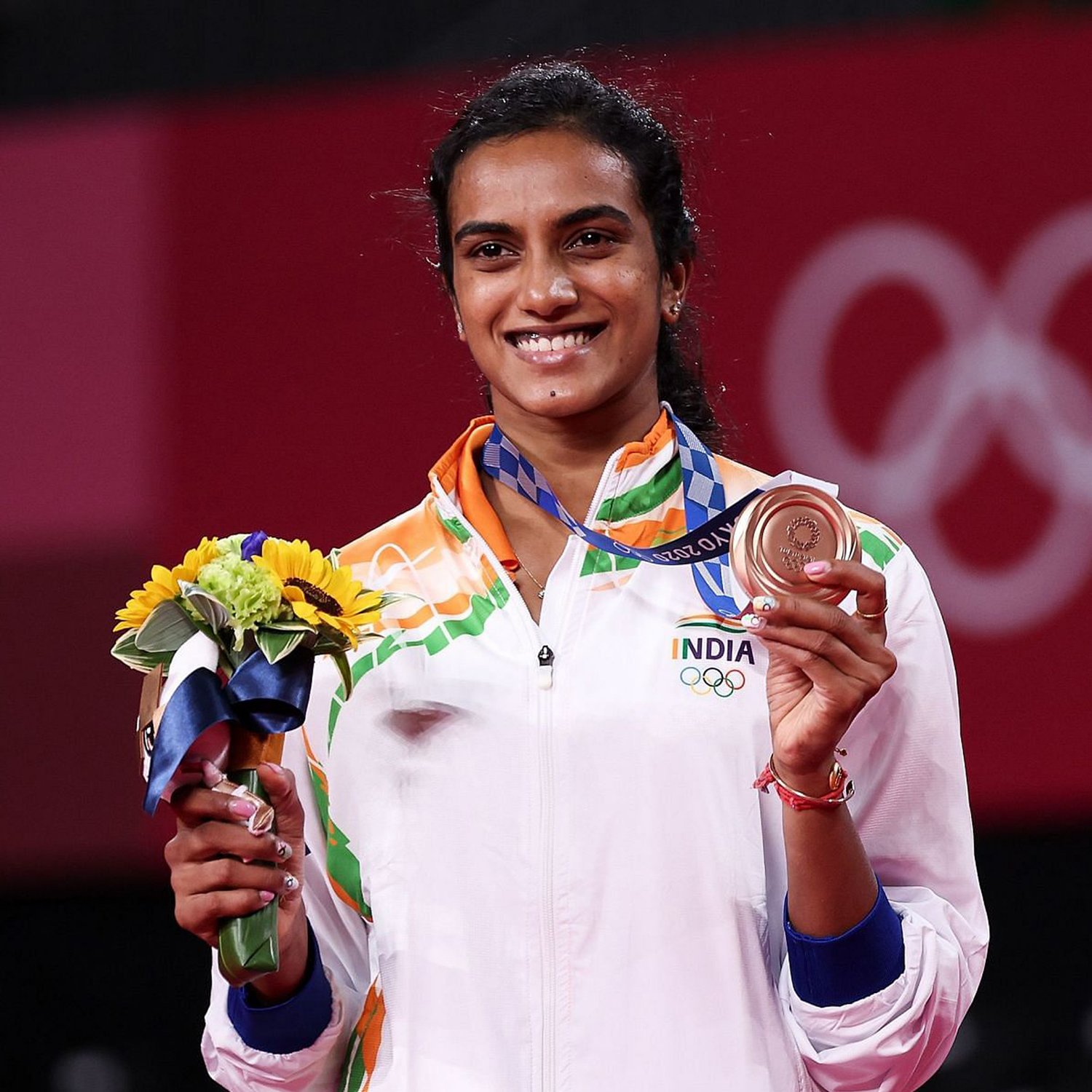 Being the first Indian woman to win an Olympic Silver Medal’ (2016), she is the first Indian shuttler to reach the finals of an Olympics badminton event and the youngest Indian to make a podium finish in an individual Olympic event She is one of the only two Indian badminton players to ever win an Olympic medal. A young achiever perfectly connects with the young audience. A true inspiration for workplace diversity. A perfect example of hard work and self-motivation. 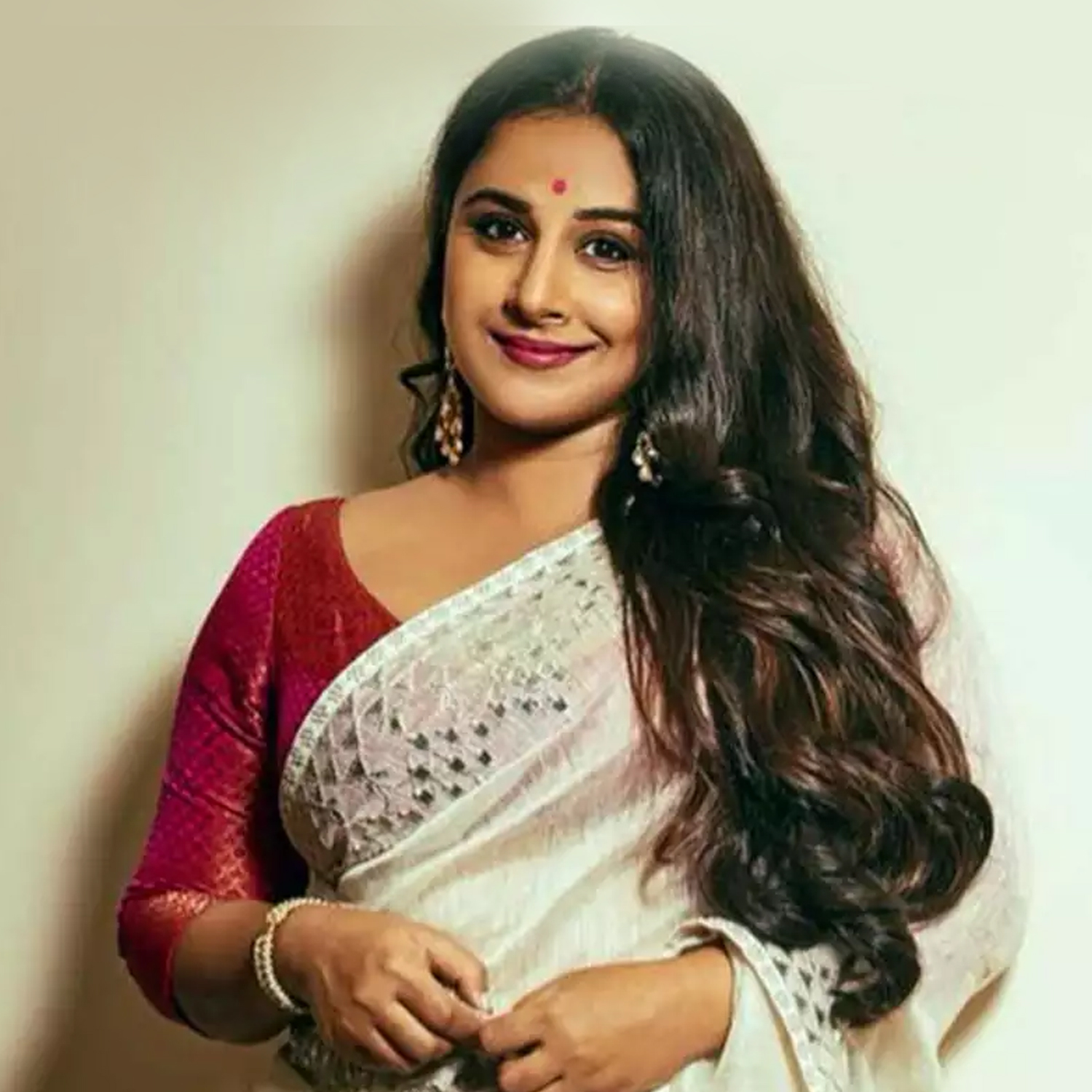 She picked powerful women characters even before ‘female-centric cinema’ became mainstream in Bollywood with films such as Parineeta, Ishqiya, No One Killed Jessica, The Dirty Picture, Paa and Kahaani. Important it is for women to take their stand & move forward. High confidence makes all the difference. A blend of intellect and hard work brings success.

Top Indian Podcasters motivating the nation like never before