Humour decorates poetry in a way that brings out the joy in the most ordinary things!

In India, a trending wave of Hasya Kavis has taken the stage, where a crowd of thousands goes to watch their favourite talents live. Hasya Kavita is humorous comic poetry in Hindi, a common man can recite Hasya Kavita and convey a message that every person has a poet inside of him. Rahat Indori is one such name who bought life to every event he went to just with the beauty of his words. Kavi Sammelans are being organized worldwide and gaining love and attention which is a very positive sign for the Hindi language.

Poetry plays a very special part in the history and tradition of India, it’s a language that is understood and relatable by people of all ages, and now with the likes of the Internet and YouTube, it is getting the recognition it should get and coming back to prominence.

Engage4more has pledged to make it one of the top spheres of the entertainment sector. Keeping that in mind, here’s a list of some of the most creative, relatable, funny, and talented Hasya Kavis of India- 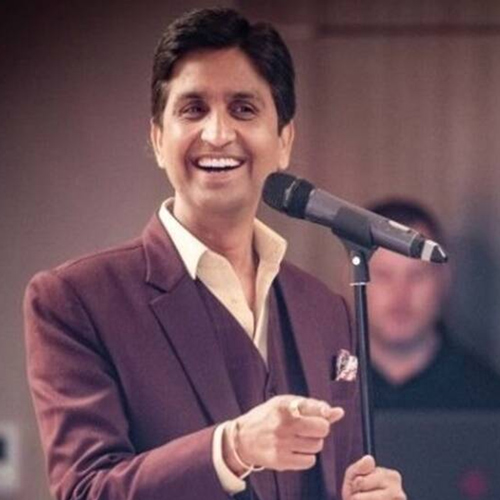 Kumar Vishwas is an Indian poet and politician. Vishwas who has a Ph.D. in Hindi Literature hosts a comedy show called KV Sammelan on the Aaj Tak television channel. Along with being a songwriter, Vishwas always hit the headlines by giving performances in which he demonstrates his poetry and love for literature. He is known for incorporating his comments on topical and political issues relating to India. Vishwas has presented the musical poetry series, ‘Tarpan’, where he recited poems of famous historical poets against a background of music. He performs routinely in front of large crowds in different cities and has also participated in poetry recitations abroad including in the US, Dubai, Oman, the UK, Singapore, and Japan. He is a well-known personality with sheer talent in the world of Hasya Kavita. 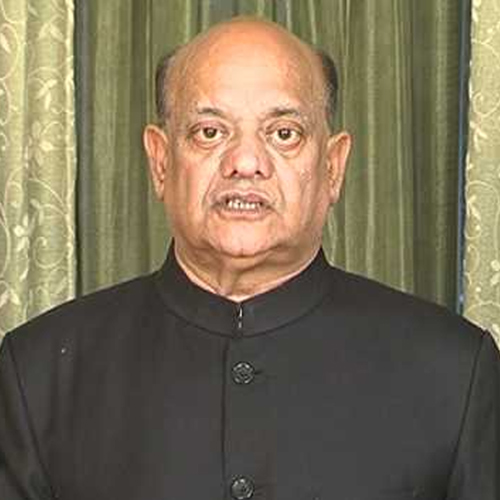 Surendra Sharma is a poet and a stand-up comedian, who usually writes comic sketches of himself and his wife. He has made a very good contribution to Haryanvi comic poetry and uses Marwari language for his humour as well. His famous starting line for many of his poems is chaar lainaa suna ryo hoon. He is one of the first few poets of Hasya Ras (Comic and Satiric Poetry) who has established the tradition of Hasya-Ras in the Kavi Sammelan industry. Sharma was honored by the Government of India, in 2013, with the fourth highest Indian civilian award of Padma Shri. One of the most respected satiric comedians in India. Known for his clean comedy dealing with daily issues like relationships, marriages, etc. His straight-faced and crisp humor leaves his audience in splits. 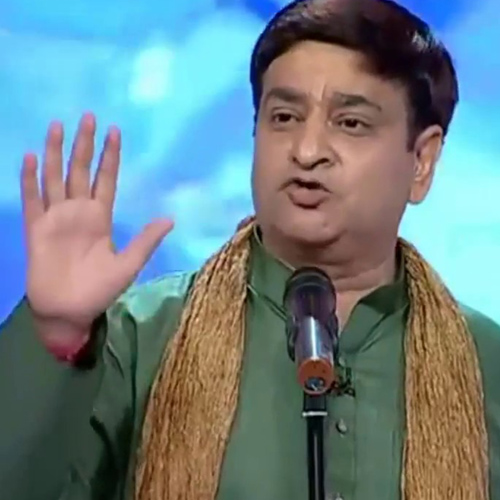 Arun Gemini is one of those Hasya Kavi’s whose Haryanvi accent is enough to make you laugh. One of the biggest stars of Hasya Kavi Sammelan, he was also awarded Kaka Hathrasi Award for outstanding contribution in the literary field by the Government of Delhi in 2000. Arun Gemini has his own way of making unpredictable and light-hearted jokes in Hasya Kavita which is why he is most loved among his fans and followers. Along with being a host of the comedy poetry show, Hansgola, he was also one of the participants of SAB TV’s comic poetry series Wah! Wah! Kya Baat Hai!. With an incredible talent for touching people’s hearts through his words, he is one of the most well-known faces in the Hasya Kavita scene today. 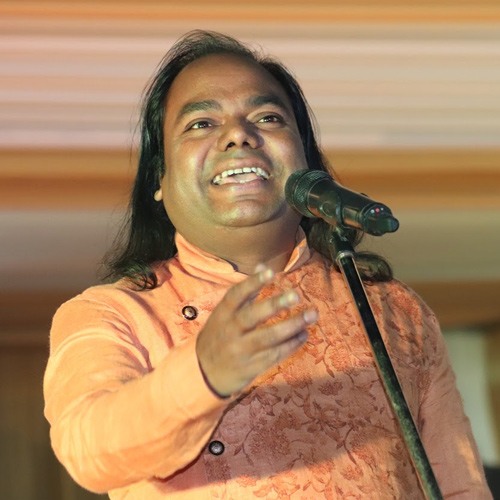 Shambhu Shikhar is an Indian stand-up comedian and poet who rose to fame after joining the renowned stand-up comedy show, The Great Indian Laughter Challenge. He joined SAB TV’s Indian comic poetry series and bagged the Chhupa Rustam Award in 2013. He has also written poems and articles in various publications and writes regular columns in Sopan-Step magazine. He is one of the organizers of the Hasya Kavi Sammelan with some of India’s leading poets. Shikhar has won many awards for his works as a poet including Sahitya Shikhar Samman,  Shravan Rahi Kavya Puraskar, and the Bharatendy Harischand Puraskar Award. He is a delight to watch with your family and friends. 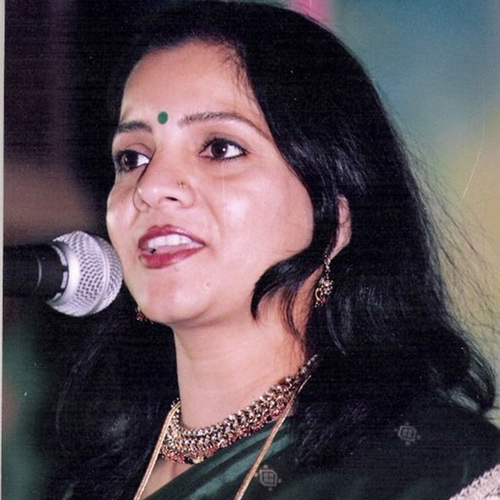 Kirti Kale has a way of creating an environment filled with joy and beauty. Her passion for literature is visible in her poetry. Her graceful charm leaves her audience with a golden experience. She has taken her talents of Poetry not only to the Indian stage but also globally as she has performed in countries like Thailand, Poland, Britain, and Indonesia. She also has many awards to her name including Mahiyasi Mahadevi Award, Thakur Prasad Singh Memorial Award, Hariprasad Shastri Award, and many more. Her soulful voice and humorous performances leave her audience amazed for hours. 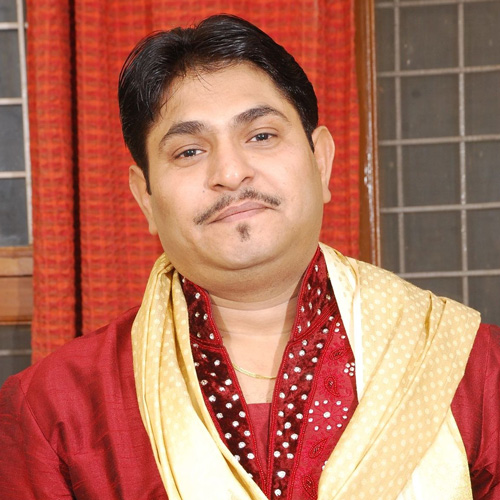 Sunil Jogi is a poet of comic verses and an author. He is very present in the political scene of India and is also a Hindi adviser to the Ministry of Railways & Parliamentary Affairs. He is the founder of the first poetry band in India named ‘Jogi-Ra’ which takes you to the surreal world of poetry whether it’s of patriotism, humour, romance, satirical as well of social and family values. Jogi is the author of over 100 books and has performed in over 12000 Kavi Sammalens not only in India but also abroad. He is also a scriptwriter with over 600 Bollywood songs under his name. The Padma Shri awardee is one of the most popular poets and a gifted performer who never fails to add colors and new fragrances to the lives of his audience. 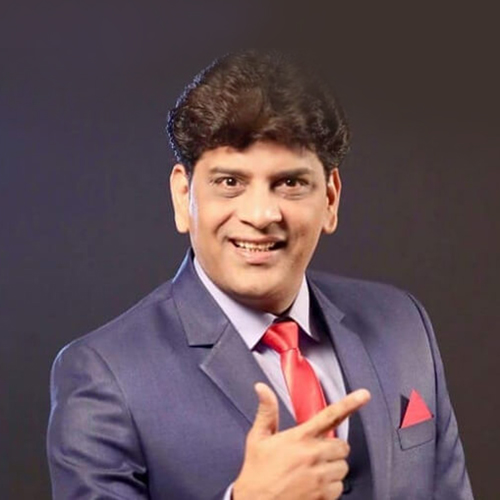 Gaurav Sharma is one of the most popular faces on the stage of Kavi Sammelans. He started his career with the famous comedy show The Great Indian Laughter Challenge and has been a famous stand-up comedian since then, he also have a great amount of YouTube followers. His wit, style, and expressions all add up to present a riot of laughter among his audiences. He has performed many shows not only in India but worldwide. He generally recites the poetry starting with “Char Liena sun lo” and is best known for his spontaneous responses. His main style of poetry is humour and the witty one-liners are a brilliant add-on to his never-ending talents. 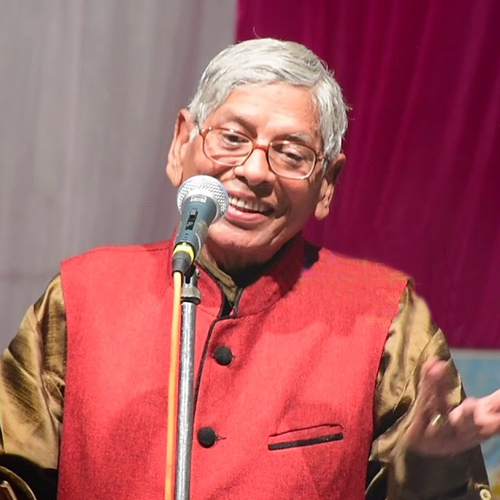 The old man certainly can beat any young artist when it comes to his talents in poetry. Padam Albela is a well-known artist who is known for a message with humour in all his poems. He is one of the top personalities in the Kavi Sammelans and is best known for Naukjok with his poetry and jokes about his married life. Albela is a poet of expressional humour and his signature four-liners will definitely leave you in splits of laughter. 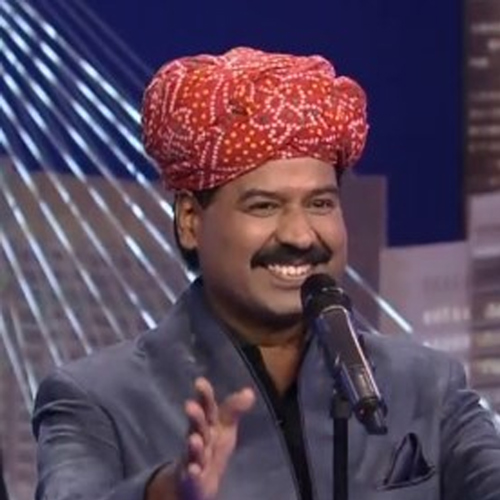 Kesar Dev Marwadi is a Hasya Kavi who is best known for his humour on the Marwadi community. He picks up daily life and social issues and can bring any mundane situation to life with his talent of creating an environment filled with joy. He started his career by securing the third position in the stand-up comedy show Laugh India Laugh and now has become a popular face in the Kavi Sammelan industry. His witty expressions and hilarious style leave his audiences in kicks of laughter from the start of his performance to the end.

Mumtaz Naseem is an Indian Poet, Writer, and Singer who is known for her Hindi/Urdu poetry. One of the most known faces in the Kavi Sammelan industry and a multitalented woman. When it comes to poetry, Mumtaz has a very sober and impressive style which is easy to the ears and minds of her audiences. Her poems and articles are published in many journals and newspapers. She is not only a very famous Hasya Kavi in India but has also performed in many other countries including Dubai, Pakistan, Oman, and many more. When Naseem stands on the stage with the mic in front, she emits joy and beauty of poetry and laughter to the room.

When it comes to booking these noted artists, you can book it via team engage4more’s passionate team. We have working relations with over 500 talented artists of India and assure you best-suited artist suggestions for your event with pacy booking at great prices. Also, enjoy our value adds like complimentary quizzing for your events along with free publicity by our post-event coverage via our social media handles!