Businesses, especially post liberalisation in India have to fight for their existence. It’s no less than a war when it comes to snatching growth and market share in one’s sector. This scenario was earlier seen in a few sectors only like FMCG, Automobiles and Mobile handset makers, but now it’s all across especially with the the new age businesses that are super charged by VC fundings like e-commerce, OTT, delivery apps and even the new age banks! The list will soon have no limits.

Business leaders to today now need to motivate their workforces very often and for that many a times we need to get examples from outside businesses to break the monotony in our narratives. 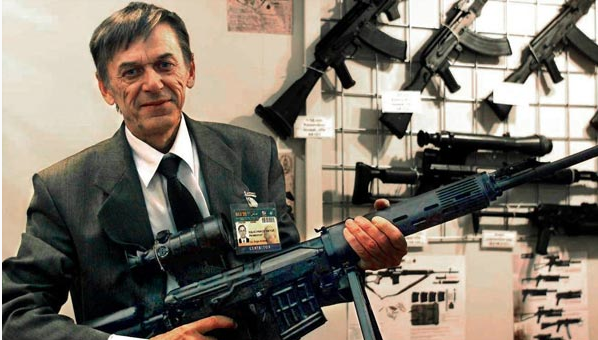 And thanks to our neighbour Pakistan, here comes some respite for you in you are looking for for ideas and names!

India has witnessed multiple wars with Pakistan over border issues since independence.

Starting with 1947-48 war that started with the conflict of Kashmir we have been engaged with intense wars with Pakistan in 1965 , 1971 and 1999. The most recent been the Kargil war of 1999, we have fresh memories of incidents and associated heroes from the war. Many movies have been made in Bollywood around the war veterans from Kargil war and we are blessed to have some of the senior ranks from the forces doing motivational speaking for corporate events with amazing narration around our brave warriors.

What does this narration offer?

So, let’s not make you wait further. Here is the list of the top motivational speakers from the military and defense background

Col. Lalit Rai, a former Indian Army Officer, was awarded the Gallantry Vir Chakra Award, by the President of India, for his services during the Kargil War. As the Commanding Officer of 1/11 Gorkha Rifles, he led his men into war with valor and bravery. They were the first unit to be deployed during Operation Vijay, Kargil War. His inspirational leadership, effective strategy and conspicuous bravery of a very high order are his strengths and completely changed the situation, putting our country in an advantageous war position.

He has been honored with a felicitation by the Prime Minister for exemplary and inspirational leadership, Chief of Army Staff commendation for devotion to duty and distinguished service, Sunil Dutt award for his selfless services, Rotary Club’s prestigious ‘Service Excellence Recognition Award’, Dr. Kirtilal M. Bhansali Memorial award for excellence in oration and RYLA ‘Youth Inspiration and Icon Award’. He held many prestigious command and staff appointments during his illustrious career span of 30 years. He was posted as an instructor at the National Defence Academy, Khadakwasla and at the Officers Training Academy, Chennai. Sudesh Berry, a Bollywood actor, played Col. Lalit Rai’s role in the film LOC Kargil (2003).

Video: Check out the talk delivered by Col. Lalit Rai 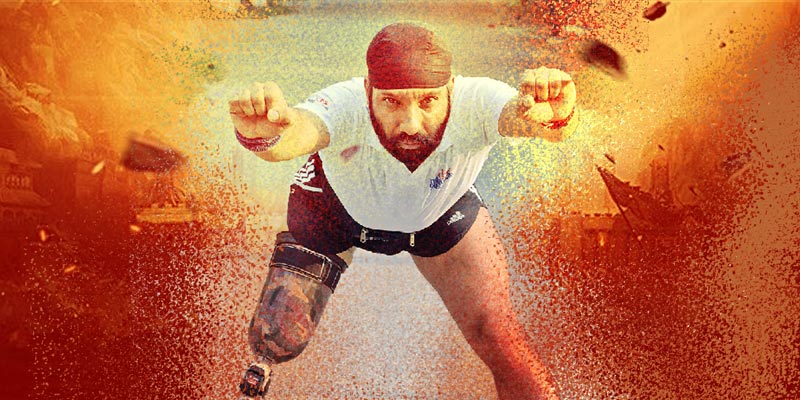 Major D P Singh, a retired officer of the Indian Army and a Kargil War veteran, is known as ‘India’s first blade runner’. His life story is truly inspirational and ‘A Never Say Die’ attitude makes him a motivation for one and all.

In 1999, during Operation Vijay of Kargil War, he was at the LOC while fighting for India. He was 80 meters from the Pakistani Army post when a mortar fell within 1.5 meters of where he was; the shrapnel injured multiple parts of his body. A part of his right leg had to be amputated as it had developed gangrene. After his amputation, he gradually started running using a prosthetic limb and has run in 18 marathons in his running career. The Limca Book of Records added his name to their “People of the Year 2016” list.

Why Major D P Singh as a motivational speaker?

“Never Say Die” attitude. Believe in yourself. Challenge the odds. 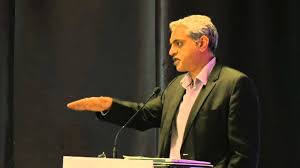 Capt. Raghu Raman, with his unique career spanning over a decade in the Indian Armed Forces, another decade as a CEO of three companies in the Mahindra Group and several years of experience in the Government, brings leadership lessons from the Armed Forces that can be leveraged by each one of us. He started his career with the Indian Army, during which he was in active combat in Punjab battling terrorists and in Siachen Glacier facing Pakistani troops. He has served as a UN peacekeeper, as well as been an instructor teaching leadership and strategy to officers at the prestigious School of Armoured Warfare.

He went on to join the Mahindra group and over the next ten years he led various companies, including First Choice, Mahindra SSG and finally DLSI, a Mahindra joint venture with British Aerospace. He was then chosen to create and head the National Intelligence Grid, Ministry of Home Affairs, in the Government of India. After his five year stint as the founding CEO of NATGRID, he joined Reliance Industries as the Group President – Risk, Security & New Ventures. He is a ‘Distinguished Fellow’ at the Observer Research Foundation, a frequent guest faculty in business schools, keynote speaker and columnist on National Security, Strategy and Leadership in leading publications. He is also the author of “Everyman’s War”.

Video: Check out the talk delivered by Capt. Raghu Raman at TED event

He commissioned into 3 SIKH LI in 1959. In 1989, he was appointed GOC of a Mountain Division and in 1992 he assumed command of a Corps in Punjab, where he oversaw anti-militancy operations in the state. As Chief of Army Staff since 1997, he coordinated and oversaw the planning and execution of Operation Vijay, Kargil War, to successfully defeat Pakistan’s attempted intrusion in Kargil sector during 1999. He was felicitated with the ‘Excellence in Leadership’ award by the Atur Foundation, Pune and the ‘Distinguished Fellowship’ of the Institute of Directors, New Delhi in 1999. The Doon Citizens’ Council honored him with the ‘Pride of the Nation’ award in Jul 2000.

An army man; A winner for life. Strategy and decision-making skills. Planning and rightful execution of Operations 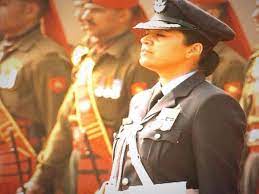 Born in Ajmer, Pooja Thakur joined the Indian Air Force in the year 2000, and after rigorous training of one year, on par with her male counterparts, got commissioned as an Administrative Officer. Over the years she did various work in IAF like Project Management, Personnel Management, Procurement, Creative Content, Film Productions & Event Management. Coming from a defence family background, it’s not surprising she has also inherited the passion for travel and quest for adventure.

In 2015, Wing Commander Pooja Thakur went down in history as the first Indian woman to lead the Guard of Honor during the visit of US President Barack Obama. Pooja since then, became a symbol of empowerment and inspiration to young girls. She has been a member of the Air Force Women Skydiving Team and a certified Deep Sea Diver, Bungee Jumper, Rafter, Skier and a Paraglider. She has been very proactive about bringing innovative ideas as Mobile Apps, Road Adventure Drives, and Mobile Exhibitions as a means to connect to the public.

Video: Check out the talk delivered by Pooja Thakur at TED event

Why Pooja Thakur as motivational speaker? 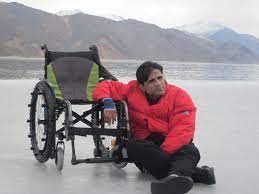 A freak accident that left an ex-army officer, Navin Gulia paralyzed waist-down in 1995, today he has flown hang-gliders, driven over 1 lakh kilometres on adventure expeditions, has authored three books and is running an organization called Adda Charitable Trust for the welfare of underprivileged children.

An ex-army officer, Navin Gulia made it to the Limca Book of Records by becoming the first and only person to drive from Delhi to Marsimik la, the highest motorable pass in the world, driving nonstop for 55 hours in 2004. What makes him extraordinary is that he is quadriplegic. Navin is the recipient of numerous prestigious awards including National Role Model Award from Dr. Abdul Kalam in 2007, the Global Indian Award by Time Of India in 2005, Karamveer Puruskar from iCongo in 2011 and CNN-IBN Real Heroes Award in 2012.

Video: Check out the talk delivered by Navin Gulia at TED Event

Why Navin Gulia as motivational speaker? 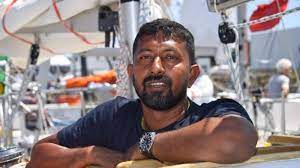 Becoming the 1st Indian, 2nd Asian, & 79th person to complete a solo, unassisted, non-stop circumnavigation of the globe, under sail, Abhilash Tomy is truly remarkable a man. The journey called the Sagar Parikrama II, began in Mumbai, from the Gateway of India, on 1 November 2012. Crossing, from West to East, the Indian, Pacific, Southern and Atlantic Oceans, covering 23,100 nautical miles, rounding Cape Leeuwin in Australia, Cape Horn in South America and Cape of Good Hope in Africa, the journey took 151 days and was completed on 31 March 2013.

He was awarded the Kirti Chakra and the Tenzing Norgay National Adventure Award, making him one of the most adventurously significant and courageous young man in the country. He strives to spread awareness regarding the need to protect and conserve the world’s oceans. His TEDx Talk, What 151 days around the globe by boat taught me, was widely acclaimed and appreciated. His journey is inspiring and his recitation of it is subtly humorous, making him awe-inspiring for all.

Video: Check out the talk delivered by Abhilash Tomy at TED event

Why Abhilash Tomy as motivational speaker? 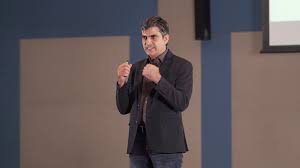 Not many know, but Lt Col Satyendra Verma is a pioneer in India when it comes to base jumping, wingsuit flying, skydiving and hopes to bring these adventure sports to India soon.

He was awarded the Kirti Chakra and the Tenzing Norgay National Adventure Award, making him one of the most adventurously significant and courageous young man in the country. He strives to spread awareness regarding the need to protect and conserve the world’s oceans. His TEDx Talk, What 151 days around the globe by boat taught me, was widely acclaimed and appreciated. His journey is inspiring and his recitation of it is subtly humorous, making him awe-inspiring for all. 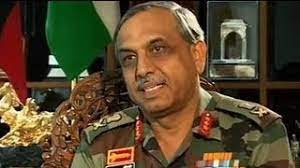 Lt. Gen. Sanjeev Madhok, has been awarded the Param Vishisht Seva Medal, Ati Vishisht Seva Medal and Vishisht Seva Medal for his service to the country. He promoted Human Resource Development through innovative concepts and is widely acclaimed for his unrestricted thinking and the ability to look beyond the obvious. He comes with a vast operational and administrative experience of having represented India in a UN mission.

Ability to look beyond obvious. The protagonist of leadership, excellent communication and oratory skills. Operational and administrative experience. 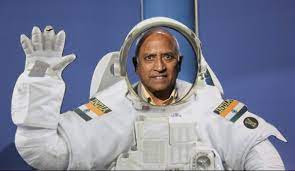 A military pilot and a Cosmonaut, Rakesh Sharma joined the Indian Air Force as a pilot in 1970 and was applauded for his skills for flying the MiG-21 during the Bangladesh war in 1971. In 1982, he was selected as a cosmonaut for a joint Soviet-Indian spaceflight. Two years later after enduring grueling training, which included tasks like being locked up in a room for 72 hours with only one window and no sunlight, no book, not even a clock; he became the first Indian citizen to enter space when he flew aboard the Soviet rocket Soyuz T-11 launched from Kazakh Soviet Socialist Republic.

Rakesh Sharma created history when he became the first and the only Indian to travel to space in 1984. He was conferred with the honor of the Hero of the Soviet Union upon his return from space. In 1985, he became the recipient of the Ashok Chakra, India’s highest honor for valour in peacetime. Given the sheer breadth of his incredible achievements, his Bollywood biopic was of course long overdue. In 2018, Shah Rukh Khan announced he will be playing the lead in Sharma’s biopic titled Salute.

Video: Check out the talk delivered by Rakesh Sharma

Why Rakesh Sharma as motivational speaker?

The first and the only Indian to go to Space. Decision making in tough times.