How Comedy has been consistently delivering Bollywood Blockbusters? 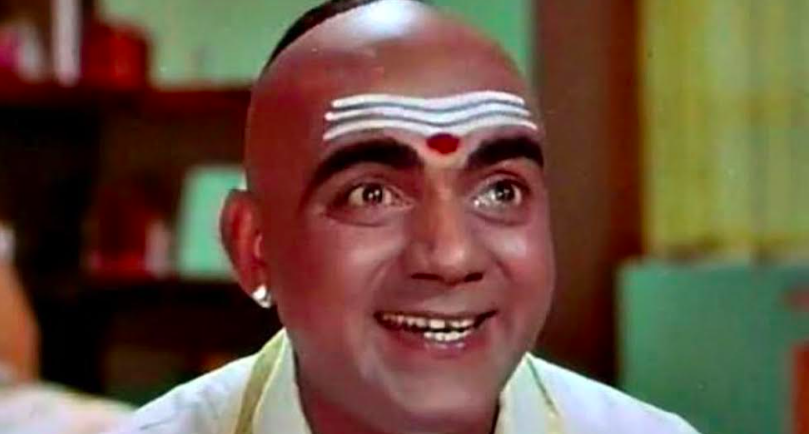 The evergreen bond between Bollywood and Comedy that never goes out of style!

Comedy is no stranger to us. It has been a part of our lives ever since we can remember. History has shown us that no matter how many generations, decades, centuries, and genres, have come and gone, comedy and comedians have made a mark and has managed to stay and it continues to grow on us. Comedy has now become a part of our everyday routines and it is evident that wherever and in whatever comedy is involved, that thing becomes much more fun and superior to us. You can always use a blend of comedy in every scenario to make your life a little better and more interesting. After all, life is so much easier with a sense of humour.

History of Comedy in Bollywood

Comedy has been a part of Bollywood ever since its inception. Bollywood has produced some of the biggest comedian legends and a great number of movies that have ended up becoming iconic, which are remembered even today. People have loved comedy from the beginning whether we talk about “Chalti Ka Naam Gaadi”, “Hera Pheri” or 3 Idiots. Every era has blessed us with a new approach to this ever-expanding genre which always has nothing but sheer fun and entertainment for us. Legends like Mehmood, Asrani, Keshto Mukherjee, and Johnny Walker paved the way for future comedy geniuses like Johnny Lever, Kader Khan, and Paresh Rawal, and ever since then, they all have kept the bar high. Even though the film industry comprises a wide range of genres, comedy has kept its crown and undeniably provided us with some of the biggest blockbusters, and it’s safe to say that without comedy as a genre, Bollywood would not be what it is today.

Comedy has provided Bollywood with a big list of achievements. Time and again it has proved to be a rich source of talent and entertainment and has given us reasons to laugh and feel better. No matter what the day or time, you can always trust a good Bollywood comedy movie to fill you up with happiness and turn your mood into cheerful from gloomy in a matter of minutes. We can only agree with the fact that laughter is perhaps the best medicine. It has not only been an excellent source of entertainment but has also given many comedians the chance to shine through and use their talents only for the better.

It’s an undeniable fact that comedy maintains a very powerful position in Bollywood. Without it, many movies which we now know as evergreen classics wouldn’t exist. Even the movies which do not have the main genre of comedy use a blend of comedy to make certain scenarios interesting and entertaining. Comedy has also provided international recognition to Bollywood, movies like 3 Idiots, PK, Zindagi Na Milegi Dobara, Queen, and English Vinglish have been huge hits in various countries.

How comedy has clicked so well when it comes to delivering on the box office?

A fun movie is for everyone

We all have our preferences when it comes to what genre of movie to watch. Many people are scared of watching horror movies, kids can’t watch gore, and biographies or historical movies are also not everyone’s cup of tea. But no time is a bad time for a comedy movie. You can watch it with family, kids, friends and your lovers. Who would really deny a chance to laugh? And that paves the way for the movie to become a blockbuster.

Comedy can be included in any genre

Comedy is a wholesome genre that can be included in almost any movie whether it’s romance, horror, action, mystery, fantasy, and many more. These days filmmakers try to put comedy in wherever there is scope as it not only attracts the audience but also makes the movie much more watchable and fun. More movies are being rolled out which have comedy as their sub-genre. Movies like Stree, Bhool Bhulaiya, and Go Goa Gone are to name a few.

There’s no need for big and expensive budgets. If you have a good story and a good writer, that is mostly enough for the movies to become a superhit. No one would want a comedy movie that is not funny, so that is the principal part one needs to focus on while making a comedy movie, in order for it to get successful. Some of the low-budget blockbuster Bollywood movies are Badhai Ho, Stree, Bareily Ki Barfi, etc.

Comedy has proven to relieve stress and anxieties

Want to manage stress and increase positivity? Trust a comedy movie. It is a proven fact that humor helps to relieve stress and anxieties and that is why most people prefer to watch a light comedy movie to make their day less anxious and more positive. Which in the end helps with the sales and the movie turns out to be a blockbuster.

Comedy is no longer just a supporting character job

There was a time when more and more supporting actors played comic roles but now the filmmakers have cracked the code and have given the job to many mainstream heroes, who have turned out to be comedy icons. Movies turn into blockbusters because of their brilliant and successful portrayal of the particular character. We certainly think about actors like Akshay Kumar, Arshad Warsi, and Sanjay Dutt when someone says comedy.

It is evident that the heroes in the movies are admirable and liked by people but that’s not the case with the villains. But some villains gained love and in some cases more than the hero, because of their outstanding performances and hilarious dialogues and we now know them as legends of comedy.

List of Directors leveraging the power of Comedy is growing ..

Comedy has also blessed some of the biggest Indian filmmakers with the opportunity to display their talents by creating these iconic movies which have become synonymous with comedy. They have a huge role in providing the Bollywood industry with some of the most classic comedies. These directors include Rajkumar Hirani, Rohit Shetty, Priyadarshan, David Dhawan and many more.

Comedy and Comedians never go out of style

No matter how many decades have passed and how many movies have been made, comedy has never lost its magic when it comes to entertainment. Even if you have watched a comedy classic from the 90s, you can still have many reruns of the movie. Comedy has a healing effect on our hearts, and it’s no less than a fact that comedy will stay forever no matter how many centuries pass by. It will never go out of style.

Some of the biggest of Bollywood Blockbusters powered by comedy

Some fun facts from the Bollywood-Comedy love history

Who doesn’t know Dilip Kumar, who was a phenomenon in himself, it is known that after repeatedly portraying the role of a distressed lover, Dilip Kumar who was a brilliant thinking actor, couldn’t break out of it in real life so he was advised to turn to comedy and rest is history. He has blessed us with some of the biggest comedy classics like “Ram Aur Shyam”, “Azaad”, “Paigham” and many more.

We can’t talk about comedy without talking about the legendary movie “Sholay”. The movie is the first Bollywood movie which celebrated a silver jubilee (25-week) initial release at over 100 theatres across India. The movie is not only a blockbuster but is also of historical importance as the movie has entertained generations and is still a masterpiece which is watched by almost every Indian.

Uma Devi who was famously known as Tun Tun is one of the very first female comedians of India. In a time when comic actors like Johnny Walker, Mehmood and Keshto Mukerjee were ruling the industry, Tun Tun was the sole woman to reach the top of the ladder in the comedy space with her own talent and style.

3 Idiots was first offered to Shah Rukh Khan who rejected the role because he was busy filming for My Name is Khan. He is known as the 4th Idiot for rejecting the iconic movie.

It is said that Kishore Kumar made the classic “Chalti Ka Naam Gaadi” to evade taxes, hoping it would fail at the box office. The film in the end went on to become a huge hit, and Kumar was so disgusted that he gave the film’s rights to his secretary Anoop Sharma

Comedy has been helping the world in various ways since centuries and its undeniably true that the perks of humour in one’s life does not end at just entertainment, its much more and that’s why it is such an integral part of Bollywood which has been delivering blockbusters. Thanks to this evergreen genre, we get to watch, laugh and fill our hearts with a little dose of happiness whenever we desire.

When it comes to booking/ hiring top-class comedians of India, you can book/ hire them via engage4more’s passionate team. Our working relations with over 2,500 talented artists of India comes with an assurance of best-suited artist suggestions for your event with pacy bookings and great prices. Also, enjoy our value adds like complimentary quizzing for your events along with free publicity by our post-event coverage via our social media handles!

The challenges of living the life of a comedian